No One Hurt In Camperville Fires 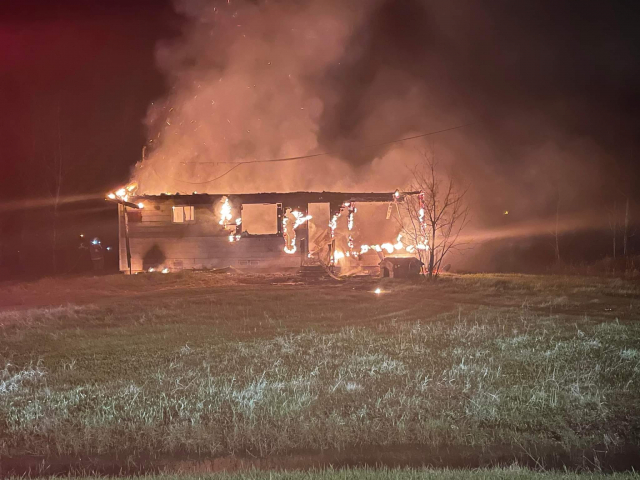 On Saturday, May 21st at approximately 2:45 am, Winnipegosis RCMP responded to a report of a house fire on Spruce Bluff Road, in Camperville.

Upon arrival the home was fully engulfed with flames and the Fire Department was on scene extinguishing the fire. There was no one inside the residence at the time and the cause of the fire is under investigation.

At approximately 3:50 am, the investigation led officers to check a residence on Gospel Bay, in Camperville. When officers arrived they found the front porch on fire. The officers woke up the occupants of the home and assisted with extinguishing the fire. No one was injured.

Officers identified a suspect in the second fire, and a 37-year-old male was arrested, a short distance from the scene.

Matthew Flamand of Camperville has been charged with one count of Arson- Disregard for Human Life. He was remanded into custody.

Winnipegosis RCMP along with the Office of the Fire Commissioner, continue to investigate.

Below is a picture of the front porch on Gospel Bay which had been set on fire (photo was provided to us by the RCMP in the press release).