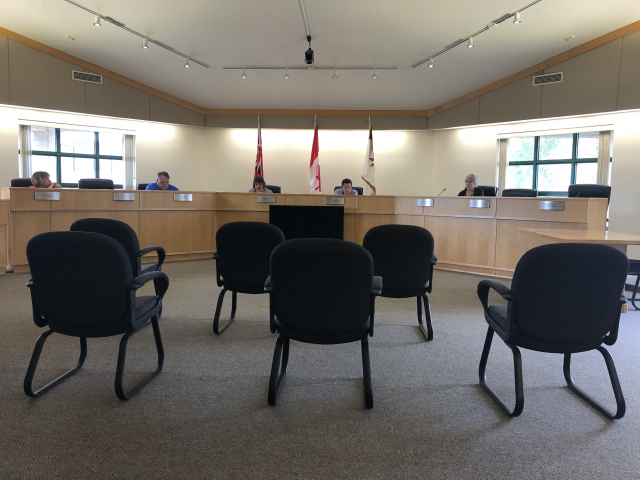 The City of Dauphin held a regular council meeting last evening at City Hall. The meeting was led by Deputy Mayor Devin Shtykalo, since Mayor Christian Laughland was absent.

They started the meeting by confirming the minutes from the previous meeting and by going over outstanding water accounts added to taxes. They then went on to discuss various topics, including disaster relief and mosquito control.

Sharla Griffiths, city manager of the City of Dauphin, brought up the Province of Manitoba's Disaster Financial Assistance (DFA) program for municipalities sustaining damage to infrastructure due to spring flooding. Griffiths said that the damage to Vermillion Park is eligible for funding under this program. She also said that it would be much less expensive for the City to take advantage of the DFA program rather than to go through their usual insurer, Western Financial Group, which would require them to pay a $100,000 deductible. Even though the DFA program also has a deductible, it's expected to be far less than $100,000. The council voted in favour of exploring this option.

Griffiths also brought up information on how the City plans to tackle the mosquito problem. She said that the decision remains that larviciding will be done to control mosquitoes and, at this time, there will be no adulticiding or fogging.

"Now that we've done our first round of larviciding, we are going to be anticipating that we'll see a reduction in mosquitoes," Griffiths added

Devon Shtykalo announced Delta 9 wants to open a retail cannabis store in Dauphin. The store will be located in the new strip centre being built next to the Co-op gas bar. Delta 9 is asking for a letter of support from the City of Dauphin, which is a mandatory part of the licensing process through the Liquor, Gaming & Cannabis Authority (LGCA).

There was also a discussion about whether solar panels should be considered when constructing new homes and businesses. However, it's not something that the City governs. The City is mainly concerned with the size of the lot and the size of the building on the lot, and not building design based on solar panels.