Break-in's & Arson in the RM of Whitehead 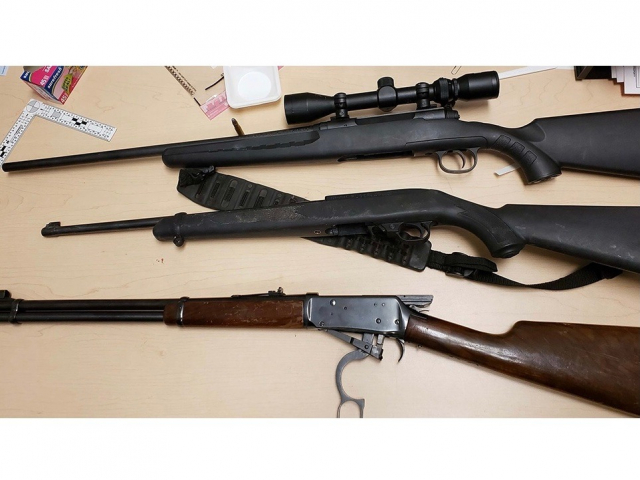 Two break and enter's, and a house fire in the RM of Whitehead on Saturday were all connected according to the Brandon RCMP.

An investigation determined that several suspects were breaking into rural properties and stealing firearms. At one location, they set the home on fire, luckily no one was home and there were no injuries.

Witnesses said they saw suspects fleeing the scene in a stolen vehicle, which the Brandon Police Service located at a residence in the city. They recovered the stolen firearms and took two males and a female into custody.

Natasha Elk, 23, from Brandon; Silas Audy, 20, from Selkirk; and Addison Laroque, 23, from Brandon are charged with Break and Enter, Arson, Possess Firearms Knowing Unauthorized x 3, and Possess Property Obtained by Crime x3. They are remanded in custody.