Most Campsites Open at Rainbow Beach 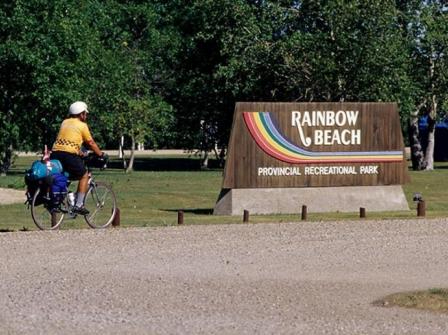 Rainbow Beach Provincial Park had been badly damaged this spring due to flooding. During that time, Manitoba Parks was forced to close the park's campground.

Kim Duncan, park district manager for Manitoba Parks in the Parkland, says that the campground and most of its campsites have since been reopened.

"We do have some areas that are still closed, but those areas are signed to inform the public that they shouldn't go there. Our campsites that are open are in good to very good condition," she adds.

As for the closed campsites, Duncan says that the main reason for them being closed is standing water and that their group sites have a fair amount of debris, like tree branches, from the flooding.

Duncan also says that many steps are taken before they can reopen a closed campsite.

"We want to make sure that... the piece of equipment we think campers will bring on site will be able to access it with no issues and that the amenities that go with that campsite, such as water, electricity, the picnic table, [and] the fire pit, are in good or excellent working order," she adds.

According to Duncan, since they don't know how all of the repairs will go just yet, there is no timeline for when closed campsites will be reopened.

Anyone who booked a campsite that's closed will be notified by email or will receive a phone call from the Manitoba Parks Reservation Service in Winnipeg. They can also be reached by phone at 1-888-482-2267.