UPDATE: One Arrested for Friday Assault 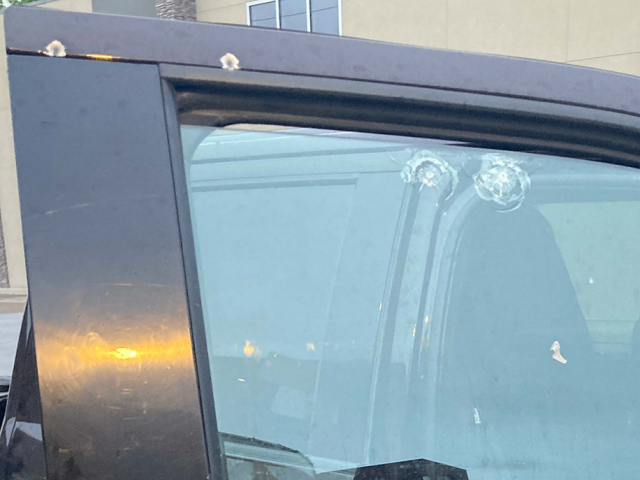 UPDATE: On Monday, police arrested 27-year-old Peter Flatfoot from Dauphin. The RCMP says Flatfoot was the one who fired the shotgun at the vehicle during Friday's assault.

Flatfoot had the shotgun(pictured below) on him at the time he was arrested, and he's facing multiple firearms-related charges, as well as Mischief and Resist Arrest.

The two female suspects are still on the run, and the RCMP is asking anyone with information to contact them at 204-622-5020, call Manitoba Crime Stoppers anonymously at 1-800-222-8477, or submit a secure tip online here. 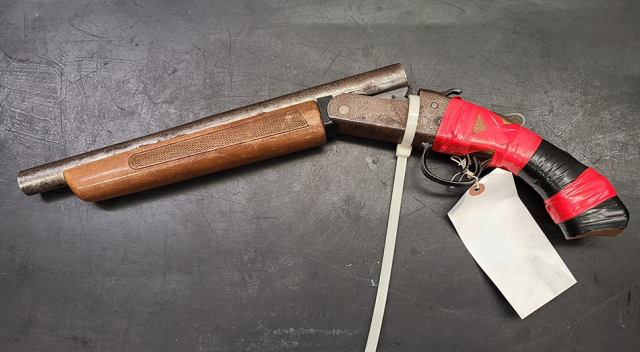 The Dauphin RCMP responded to two separate assaults on Friday night. Police are still investigating both incidents, and are working to obtain arrest warrants for the suspects of the first assault.

Friday evening, the RCMP responded to a report that two females had assaulted a male and female entering the Dauphin 7-eleven. During the altercation, the female victim was hit in the head with a hard object, and the male victim was cut in the hand by a knife.

The suspects left the scene on foot, and the victims left in a vehicle. The victims were then driving down an alley near 6th Avenue SW when a male acquaintance of the female suspects fired a shotgun at the victim's car, hitting the passenger side.

The victims were treated in the hospital and released, while the suspects are still on the run. The RCMP is still investigating and is in the process of getting warrants for their arrest.

Later that same night, the RCMP responded to a report of an injured male, covered in blood at the Husky gas bar. Police responded and found the victim, who declined to give details to police, saying that he had just been jumped.

The victim was taken to the hospital for treatment, and the RCMP is investigating.

Anyone with information regarding these incidents is being asked to contact the Dauphin RCMP at 204-622-5050, call Manitoba Crime Stoppers anonymously at 1-800-222-8477, or submit a secure tip online here.