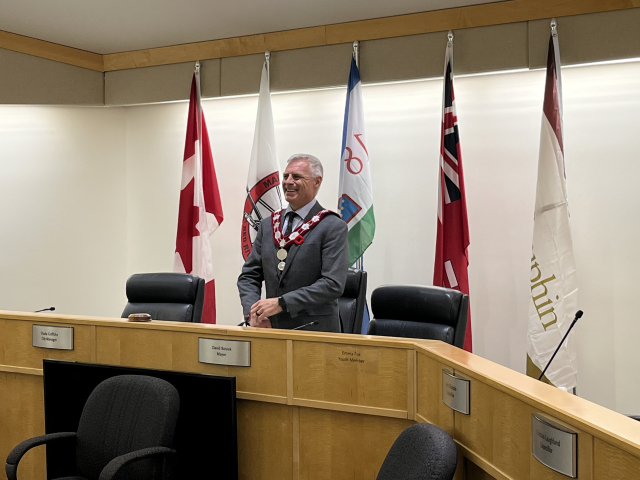 Members of the City of Dauphin Council, along with some city staff, were in Winnipeg this past week at the Association of Manitoba Municipalities Convention.

Elected officials from across the province were in attendance at the convention, to discuss common issues, and learn what it means to represent their communities. Dauphin Mayor David Bosiak says it was great timing for the convention, as many people are new to their positions.

"We were made aware that 46 percent of people that were elected, either head of council or councilors are new, and so that's a pretty high proportion of new people. When we were attending the Major Cities Caucus, of the 10 members of that group, six of us have new heads of council, so quite a turnover. I think that in some cases that's a little bit of a challenge, in that there's a lot to learn with a lot of people, but there was also a sense of energy, and willingness to get to work and get things done, so I thought it was a great experience overall."

Bosiak says that it gave him a good opportunity to meet with other heads of council in similar cities to Dauphin, and gain some perspective on what's happening around the province.

"I talked to the mayor of Brandon and then talked with the mayor of Portage and Selkirk. So I had some opportunities to talk to communities similar to us in terms of status, but also had a chance to discuss some issues of common concern. We had an opportunity to meet with the RCMP and met with some of the other municipal leaders about their issues related to the retroactive pay that municipalities are on the hook for, and other things that are impacting all of us."

Bosiak says that there was a focus on the conduct of councils, and ensuring that councils get along and learn how to communicate. The RM of Dauphin was also in attendance, and the two councils had a good opportunity to meet and discuss common interests as well.