UPDATE: The United States Attorney's Office for the District of Minnesota has released a statement saying that a 47-year-old man from Florida has...

U15 Rangers Prepare For Home Stretch

In their final two games before Christmas, the Parkland U15 Rangers went 2-2. Since returning to the ice in 2022, Parkland is playing some of their be...

Darnell Duff, CKDM's voice of the Dauphin Kings, kicks off every game broadcast with "The Parkland Source for Sports Pregame Show", 15 minutes before ... 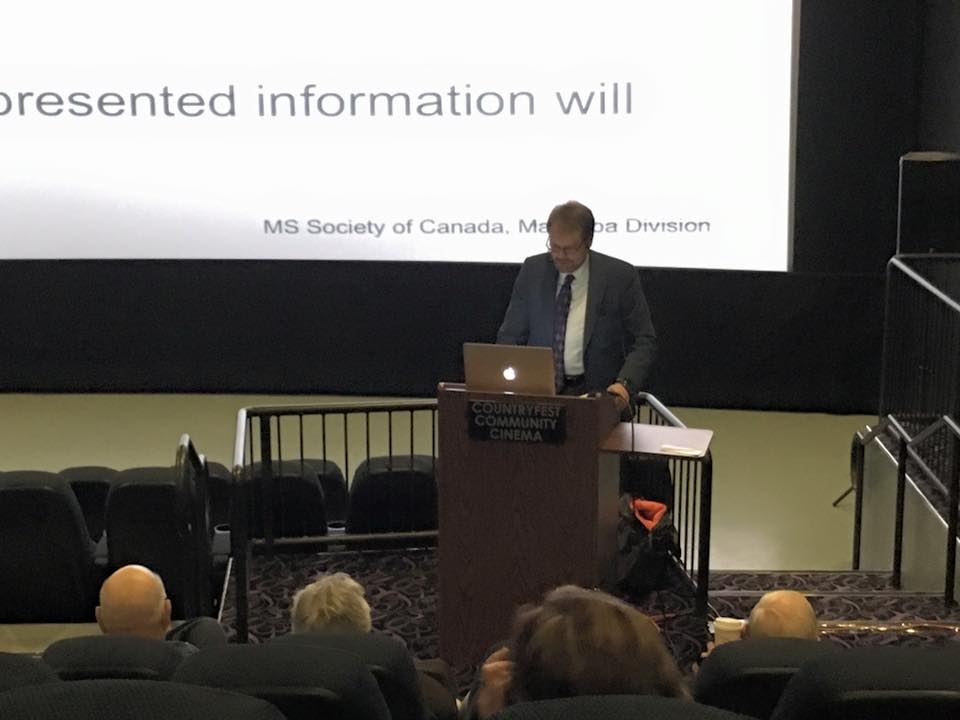 Dr. James Marriott, an Assistant Professor of neurology at the University of Manitoba, says mesenchymal therapy, or MSC, would involve taking stem cells off a patient's body, purifying and amplifying them, and putting them back in the same person.

He believes this could be a better form of treatment because your body would likely not try to fight it like it does with some medications.
"It would not be an actual drug as all the therapies are to date, but rather, a fusion of a much amplified and purified version of a cell which a person has in them to begin with. The hope is that that would help to change the immune system so the immune system doesn't go after a person's nervous system and cause the actual symptoms of MS."
Dr. Marriott says the idea with MSC is that it could do a couple of different things.
"Rather than just do one thing in the body, the hope would be that they would help to down-regulate the bad parts of the immune system, the autoimmune problem that's causing MS. As well, also help to effectively repair the nervous system that's already been affected by MS."
Similar trials to the ones Dr. Marriott wants to do have been done in other countries. He says the results from those studies have shown positive signs, but the samples were too small to prove anything definitively.
At this point, Dr. Marriott's research is still in the clinical trial stage, and he says it could be another three years or so before that work wraps up and it becomes more widely available.
However, he says if anyone living with MS who wants to take part in his MSC research can send an email to This email address is being protected from spambots. You need JavaScript enabled to view it.. They work out of the Health Sciences Centre in Winnipeg.