U15 Rangers Prepare For Home Stretch 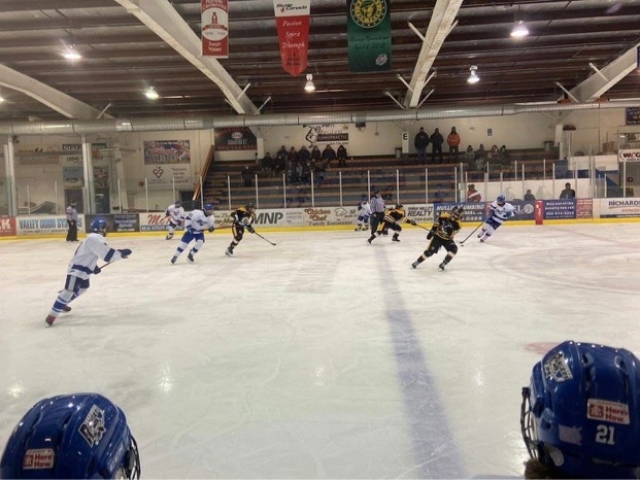 In their final two games before Christmas, the Parkland U15 Rangers went 2-2. Since returning to the ice in 2022, Parkland is playing some of their best hockey of the season.

The team has won three of their four games since 2022 began and they're coming off an impressive sweep this past weekend in which they scored 10 goals in two games while giving up just three.

"We've put together a few really solid performances in a row," said Tom White. "Everyone on the team is playing a full 60 minutes, the players are engaged and ready to go, it's nice to see."

The team will make another trip to Winnipeg this weekend for a rare solo game in the city as they take on the Bruins Gold who are 12-8-1. Following this weekend, three of the team's next four games will come against clubs with below .500 records and they will also tangle with the 12-12 Yellowhead Chiefs.

From February 6 to 12, the Rangers will wrap up the season with three games against three teams that have championship aspirations. The Bruins Gold, Wild Red and the 24-0 Brandon Wheat Kings who at this point, are heavy title favourites. Entering this weekend, Parkland is tied for fourth in the league and they're just six points behind third. Eight players have at least 17 points for Parkland this season led by Hayden Shtykalo.

Tom White was named the team's head coach in the 2018-19 season and he's proud of this group.

"It's a big step for some of these guys that move up from their hometown minor hockey systems, but they give everything they have to make sure they can get the job done," said White. "It's not easy but guys continue to push it as hard as they can and it's great to see the effort they put in."