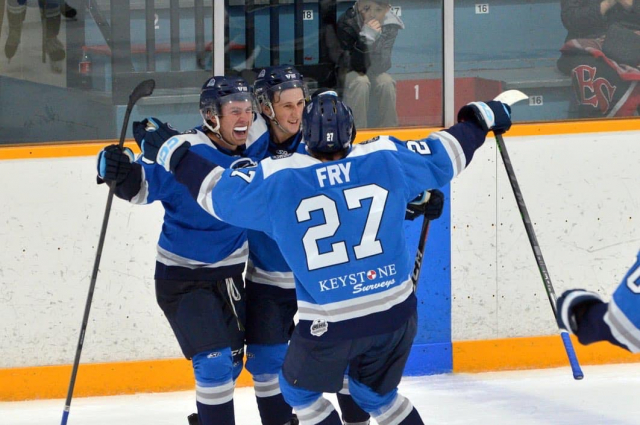 Following a trip to last year's MJHL final, the Steinbach Pistons are ranked second nationally. Competing in the league's East Division, the Pistons are off to a 5-0 start as they lead their division by two points.

Their 23 goals are the most in the league and their 13 allowed is the second-fewest. Steinbach's 34.8% on the power play ranks atop the league while their 80% on the penalty kill also ranks near the top of the league. Travis Hensrud leads the way for the Pistons so far with his five goals and four assists while Davis Fry is just behind with eight points. The Pistons play Swan Valley and Selkirk this weekend.

Over in the West Division, the Virden Oil Capitals have been the class of the division so far and they're ranked fourth nationally. Sitting at 4-0, the Oil Caps' are two points up on OCN and they also have two games in hand. Virden has produced 18 goals while giving up the fewest in the league at 11.

Virden has been getting the job done offensively by committee with seven skaters recording at least three points, led by Nolan Chastko's six points. Both Owen LaRocque and Eric Reid have been solid in net for Virden as both netminders have a pair of wins early in the season.

Over in the Saskatchewan Junior Hockey League, the Yorkton Terriers are 4-0 to start the season and they're ranked ninth.