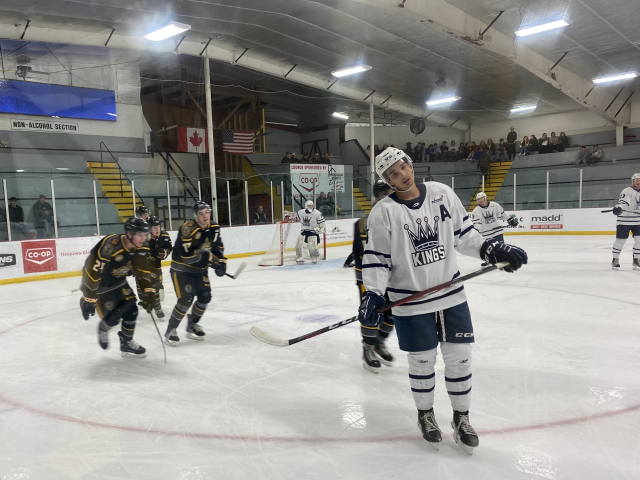 The Dauphin Kings put together a pretty solid defensive effort on Tuesday; however, the team has yet to find their stride offensively.

In their third meeting with Neepawa of the campaign, the Titans earned two points with a 4-1 win at the Yellowhead Centre.

Dauphin did open the scoring in the game as Matthew Gough scored his first as a King just 4:18 into the contest. From there, the Titans controlled the scoreboard. Kalen Reynolds would tie the game up for Neepawa after 20 minutes of play.

No goals were scored in the second and Neepawa took a 2-1 lead just 2:08 into the third. Neepawa would score two more the rest of the way to secure the win.

The loss now drops Dauphin to 2-3-1 on the season ahead of a weekend home-and-home with the Winnipeg Blues.