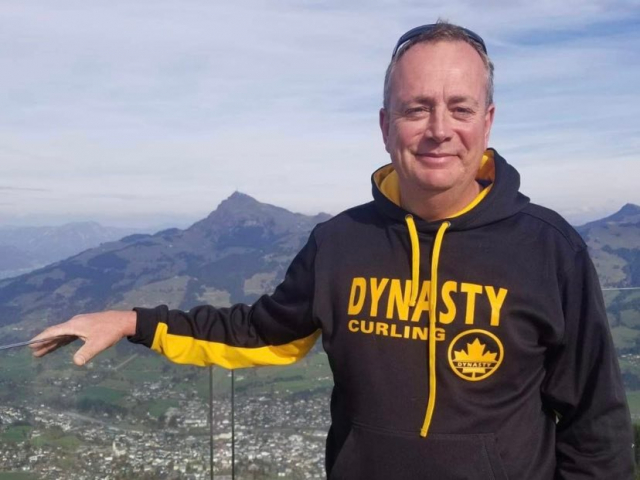 Ray Baker has spent the past seven years on the board of directors for Curl Manitoba. The first three were spent as a director and chair of the board development committee before being elected vice-president for two years. Then for the past two years, Baker was on the top of Curl Manitoba as their president.

Baker says working with Curl Manitoba was a great opportunity.

"I had a great time on the board, I met a lot of great people and I learned a lot," said Baker. "It's always nice to surround yourself with people that know what they're doing."

Ray's time with Curl Manitoba has now come to an end but as that chapter closes, another very exciting chapter has begun. Just a week after his presidency reign at Curl Manitoba ended, Ray was appointed to the board of governors for Curling Canada. Ray's four-year team has now begun.

"It's very exciting news, I'm looking forward to getting into the whole board side of things," said Baker. "Curling is a complicating business now, it's a pretty big operation and I'm excited to be a part of it with Curling Canada."

Ray will bring a lot of practical knowledge to the position having been a small business owner for 35 years and he has been front and centre in the curling scene for decades. Curling Canada opened their season of champions last week with the Pointsbet Invitational which was won by Team Reid Carruthers on the men's side and Team Jennifer Jones on the women's side. A full list of Curling Canada events can be seen here.

Baker is also still an elite competitor out on the ice and recently skipped Team Manitoba to a national championship at the Canada Senior Games in Kamloops. They beat the host team late last month and he was joined by Keith Pottle, Bob Scales, and Dwight Bottrell.

"We had a great time in Kamloops, the ice conditions were fantastic," said Baker. "We had a ton of fun and lots of laughs, it was a great experience."

Baker will continue to skip his own team throughout the winter and he will also return to the ice with Lisa Hale. The Dauphin duo has played in events around the globe including stops in Austria and Charlotte. The mixed doubles season has yet to start but once it does, it's set to be another exciting winter on the ice for Hale and Baker.