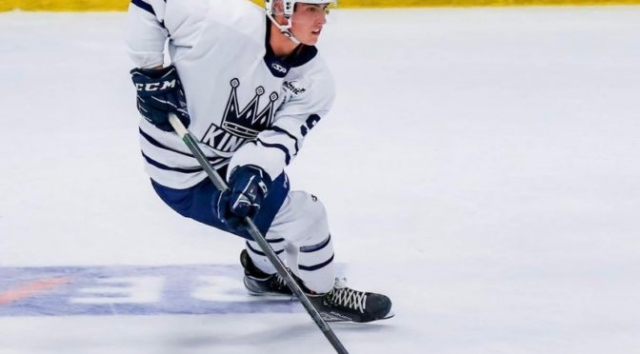 There was no shortage of offence on Saturday night as the Dauphin Kings and Waywayseecappo Wolverines met for the first time this season.

Ultimately, it was the Wolverines who got the last punch as they scored into an empty net in the final minute of the game in a 6-4 win as Dauphin's three-game winning streak was snapped.

Four goals were scored in the first as Ryan Jossy scored his second of the season for Waywayseecappo to give them the lead, but the Kings bounced back as Deepkaran Hans netted his fifth to tie the game. Jackson Roth scored for the Wolverines next, and Alex Senf responded for the Kings as it was tied at two after20.

Another four goals were scored in the second as Andrew Boucher and Aiden Ziprick scored for Waywayseecappo while Blake Boudreau scored twice for Dauphin in the period as it was tied at four after 40 minutes.

Boone Mathison and Carson Baptiste scored a goal apiece for the Wolverines in the third as they capped off the game with two points. With the win, the Wolverines now have 17 points and they're just three back of Dauphin for second place in the West Division.

Dauphin is back in action on Monday night when they head to the Arena Complex in Waywayseecappo for a rematch with the Wolverines. You can also hear that game on 730CKDM with Darnell Duff with the pregame show starting at 7:15.