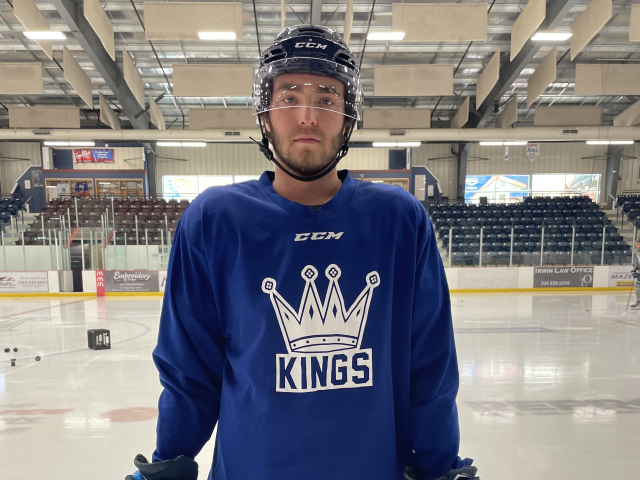 Aidan Brook joined the Dauphin Kings at the trade deadline last year and he helped the team win the Turnbull Cup and then advance to the national semifinal in Estevan.

The Roblin native remains with the team as he has two goals and 10 assists this season. He was the lone Brook on the team until now as Jakob Brook is back in his home region.

The Kings are pleased to announce that Jakob has joined the team to finish his junior career. With 187 games of Western Hockey League experience under his belt, Jakob is thrilled to be back in Dauphin playing for the Kings and with his brother.

“I’m excited to be here, it’s great that I get to be back home playing with this team,” said Brook. “It’s awesome that I also get to play with Aidan, we haven’t played together in a long time. I’m looking forward to being back and getting things going with the club.”

Jakob brings a championship mentality to Dauphin. He was with the Prince Albert Raiders in the 2018-19 season when they won the Western Hockey League title and represented the league at the Memorial Cup. He played 23 games in the playoffs that year, posting two assists.

Following a 38-game stint the following year with Prince Albert where he recorded nine points, Brook was traded to the Regina Pats.  His last 65 games have come with Regina, but now he’s with Dauphin. Jakob was in the stands on Tuesday when Dauphin downed the Centennial Cup-hosting, Portage Terriers.

“They played a great game against Portage and you see the building points,” said Brook. “It’s exciting to join a team that has a winning culture.”

Jakob says his goal is to come in and immediately make an impact with his speed and scoring ability.

“It’s a great opportunity to play here,” said Brook. “I get the chance to be free and do the best I can to help this team win and enjoy myself for my last year.”

Brook is eligible to join his brother in the lineup on Friday when Dauphin heads to Neepawa to play the Titans.