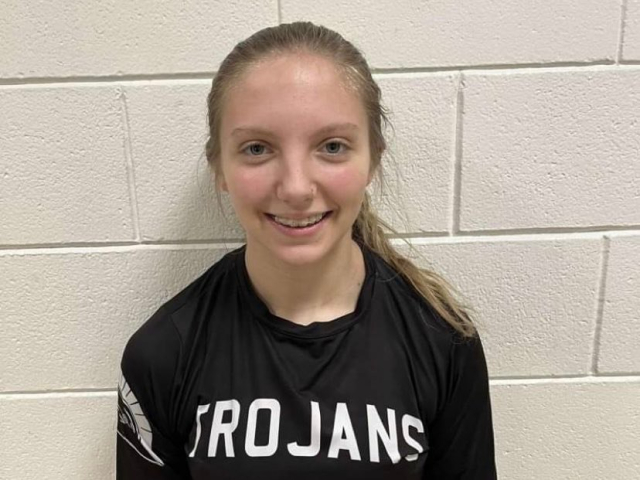 Kiera Haney joined the RVC club volleyball team in grade eight as a practice player. She immediately fell in love with the game and four years later, Haney is putting together an all-star season on a team that has dominated their competition all season long.

Playing with the Major Pratt Trojans varsity girls team, the team has won five tournaments and they finished in the top four in Niverville and the Neelin Dig which are two very high-profile tournaments.

The team is now preparing to play for a provincial title next weekend as they head to Margaret Barbour Collegiate. They're in a pool alongside Souris, Warren, Elton, and the host team. Haney says it's been a special season and the team is locked in for next weekend.

"It's been going great, it's a great way to have our grade 12 year go," said Haney. "We're hoping to bring back a provincial title and I think it's looking pretty good for us, so we're extremely excited to get down to business next weekend."

Kiera is a co-captain this season and playing on the right side, Haney has dominated on the court and she's also a great leader off the court. Jay Thiesen is the Athletic Director at Major Pratt and he said this on Kiera.

"As co-captain, the team benefits from Kiera’s positive attitude and her willingness to help out her teammates," offered Thiesen.

While her high school volleyball days are coming to an end, Haney has added another award to her resume as she was named the Dairy Farmers of Manitoba High School Athlete of the Week. Then shortly after, it was announced that Kiera will play in the MHSAA graduating all-star game.

"It feels great, I was really happy to hear I was named athlete of the week," ended Haney. "Then to be named to the graduating all-star game, that's a really special feeling to end my career as a high school volleyball player."

Kiera also excels in the classroom with an academic average of 88%.