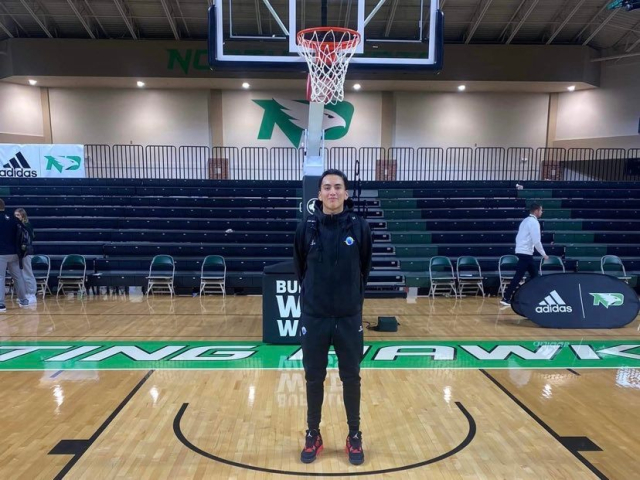 When Mason Chartrand made the Manitoba junior men's basketball team, he had the opportunity to play at the U17 national championships and Mason sure showed exactly what he could do.

He recorded at least six points in four games and was a force on the glass. In an 11-point performance against Team Newfoundland, the Pine Creek native had one block, four offensive rebounds and five defensive rebounds.

Now Mason lives in Winnipeg as a new door has opened for the 6'8" forward as he made the Northstar Prep basketball team. The team's roster features some of the best 18U players from across the country, and this is Chartrand's first year playing. Mason says it was an honour just to make the team.

"It felt pretty good, the coach saw something in me that I didn't know I had," said Chartrand. "To get the chance to play with some elite players, it's a great feeling and I'm very proud."

Chartrand and the rest of the team were in Seattle over the weekend for some action against teams from the Pacific Northwest. Now back in Winnipeg training, they're preparing to head to San Francisco for the Golden State Classic later this week and then they will head to Las Vegas right after that event.

Just days before he joined the team on their trip to Seattle, Mason was in North Dakota. It's his goal to play at the next level and Chartrand took part in his first unofficial Division 1 visit to the University of North Dakota. For Chartrand, it felt like he took a step toward his dream.

"Especially being from Pine Creek and now going on Division 1 visits, it felt amazing," said Chartrand. "I've always wanted to play at the D1 level and Northstar has given me this opportunity. I know there is a lot of work to do, but I'm very happy that I was given that chance and we will see what's next."