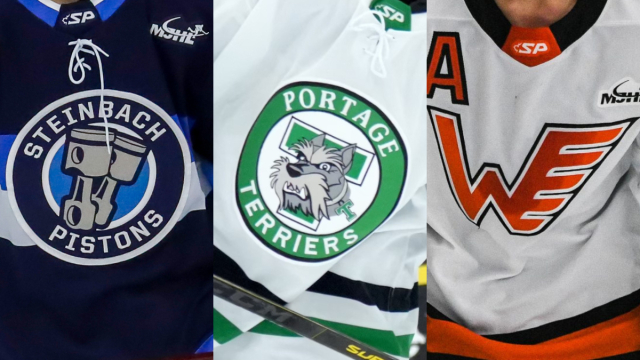 Of teams in the Canadian Junior Hockey League, there is only one club that is undefeated in regulation play. After 23 games, the Battlefords North Stars still haven't lost a game in regulation. They have two overtime losses and one shootout loss.

Despite having an incredible start to the season, the North Stars are only eight points up on the Flin Flon Bombers for first place in the league while the Humboldt Broncos and La Ronge Ice Wolves are 10 points back of Battlefords. The North Stars' 115 goals are the most in the league and they are a plus 64.

The Brooks Bandits of the Alberta Junior Hockey League is the next closest team as they have just one regulation loss paired with a loss in a shootout and one overtime loss. The Bandits are trying to win their third straight national championship. That's why this week, there is no surprise that Battlefords and Brooks are ranked first and second, respectively, in the CJHL Top 20 Rankings.

Two teams in the MJHL are in the top 20 while one is an honourable mention, starting with the Steinbach Pistons who are ranked sixth after this past week.

They lead the league with 40 points and they're a plus 57. Their 27.1% on the power play is a league-best and they also have the best penalty kill at 87%. Steinbach was an extremely strong team last year when they advanced to the league final, only to lose to the Dauphin Kings in the Turnbull Cup final in seven games. While there is still plenty of regular season left, this year's Pistons roster could be even stronger.

Davis Fry leads the league with 38 points, Travis Hensrud has 32 and Ty Paisley also has 32 points. They are the 'tremendous' trio and no one has been able to stop them this season. The Pistons also have a pretty solid supporting cast which includes Ian Amsbaugh and Warren Clark. Amsbaugh has 24 points this season, a year after he posted 61 points in 65 games with Dakota College at Bottineau last year. Warren Clark has chipped in with 21 points this year, he's already committed to play Division 1 and he is also one of the best lockdown defenders in the league.

Cole Plowman and Dominik Wasik both have 10 wins apiece for Steinbach in net. If there was one weakness to this team, it would be goaltending and that's saying a lot because Wasik has a 1.92 goals-against average and Plowman has a 2.23 goals-against average. OCN did put up a four spot on Steinbach on Sunday, the Pistons scored seven. This team is deep, talented, and will be tough to beat. Paul Dyck continues to do a masterful job putting a great roster together year after year.

Despite their loss against Dauphin last Tuesday, Portage slipped just one spot in the rankings. Sitting in third place in the East Division, Portage is gearing up to host the Centennial Cup in May at Stride Place. Portage has used a very balanced approach to win this season as 11 players have at least 10 points.

This is led by Hayden Lacquette of Dauphin as he leads the team with 28 points, seven of which are goals. Lacquette is averaging 1.17 points per game and he scored against his former team last week. While Steinbach's goaltending could be their weakness, it is certainly Portage's.

It's a team that will likely be looking for a number one goaltender as the trade deadline continues to near on January 10. While Bailey Monteith and Jayden Catellier have combined for 18 wins, they both have save percentages under .900 and their goals-against averages are both near 3.00. At the end of the day, they're hosting a national championship and players enjoy joining a team that is guaranteed to play on the biggest stage at the end of the season. That's exposure and players love exposure. Following their loss against Dauphin, Portage responded with a win against Niverville and the Blues.

16-5-4-1 thru 26 games has them in second place in the East Division, one point ahead of Portage, but the Terriers do have three games in hand. They're led by Trent Sambrook who is off to play Division 1 hockey next year with Mercyhurst University. Standing in at just 5'8", Sambrook is undersized on the back end, but don't let that fool you, this guy is one of the best, if not the best defenseman in the league. He also has a high offensive upside with three goals and 22 assists so far this season. Sambrook has a knack for making the perfect pass.

Jayden Legaarden continues his great rookie campaign as he has 18 points, eight of which are goals. Unlike Portage, Winkler likely isn't going to be in the market for a netminder. Aidan Comeau has been nothing short of superb this season. He's 5-1-3 with a 1.79 goals-against average to go along with a .937 save percentage. Then Malachi Klassen has won 11 games in net for Winkler. He has a 2.46 goals-against average and a .918 save percentage.

Winkler is a big team, they play a physical brand of hockey and at times, they play on the edge, but it works for them so why change? The team has allowed just 60 goals this season which is the second-fewest in the league. The team will be looking for a piece of revenge this weekend as they play Dauphin in a home-and-home. The Kings downed Winkler in their only meeting of the season a couple of weeks back in overtime.