Ryz Aiming For A Seat On Council 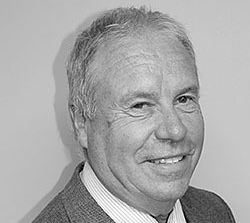 Ron Ryz is very pleased that during the COVID-19 pandemic, the RM of Dauphin didn't lay off any workers, the roads were graded and the snow was plowed in the winter. This all when Ryz served as reeve.

While Ryz has decided to step away from being reeve after the upcoming election, he is still wanting to make a difference which is why he's running for council for the RM of Dauphin.

He first ran eight years ago when he decided it was time for the RM to get rural water which they have since received. He also wanted to continue building on what the council had achieved in previous years.

Calling the RM of Dauphin a great place to live, Ryz loves to give back and he wants to continue making the area a better place.

"We did complete phases one and two of the rural waterline project," said Ryz. "I would like to continue with one more phase which should see mainline coverage for most of the municipality."

Ryz believes he has proven himself as reeve and he would love another opportunity to serve the RM.

"I've lived here myself and I like to think I'm an honest, caring and dedicated man," said Ryz. "I believe I can do a good job and I count on people supporting me by coming out to vote."

During the last municipal election, there was about a 30 percent voter turnout in the RM and Ryz would like to see that much higher come October.

You can still register to run for Mayor or council until September 20.